Development amendments will increase housing to 1,300 units at Alameda Point.

At its July 25 meeting, the Planning Board held a public hearing to consider amendments to the Alameda Point Site A Development Plan and Agreement. Site A is a 68-acre site at the former naval base, also referred to as the Waterfront Town Center. The amendments’ purpose is to increase the housing planned for Site A from 800 to 1,300 units for 2023-2031.

Per state requirements, the City must identify lands to develop for housing from 2023-2031 to accommodate over 5,353 units. To accommodate this need, the May 2022 draft Housing Element includes plans to construct 1,482 units at Alameda Point.

Achieving this requires increasing the housing planned for Site A from 800 to 1,300 units. The increase will enable Alameda Point Partners (the City’s development partner) to construct at least 610 units at the Site and complete the infrastructure to support the construction of 789 additional units on the West Midway project north of Site A. To facilitate these improvements in support of the Housing Element, the City must amend the Site A Development Plan and Agreement.

Although Alameda Point represents an opportunity to build housing, the land has unique constraints. Unlike the rest of Alameda, all utilities, communication, and stormwater systems must be constructed before any housing can be built.

Only one public member commented at the meeting. Karen Bey said: “We have an exciting opportunity to design and create a great waterfront retail experience, and we’ve been waiting for this for 25 years.” Bey added, however, that it was essential that retail and commercial spaces be detailed in the development plan by square footage since they would be such a valuable benefit to the community.

Board discussion and vote

The Board agreed with Bey’s request, acknowledging the importance of the Development Plan delineating retail and commercial spaces by square footage for each block of Site A. As a result, the Board came close to postponing a vote on the amendments until staff and the developer could return with an updated land use schedule at a future meeting.

However, Stephanie Hill, representing Alameda Point Partners, offered to delineate the approximately 303,000 square feet of planned retail and commercial spaces during the meeting, noting the location of a hotel, theater, and ground floor retail spaces.

In the end, the Board unanimously approved the amended Development Plan on the condition that the plan is updated to include a land use diagram that reflects the retail square footage Ms. Hill described in the meeting. The Board also voted to recommend that the City Council amend the Development Agreement. 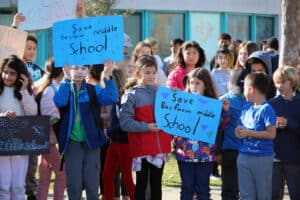 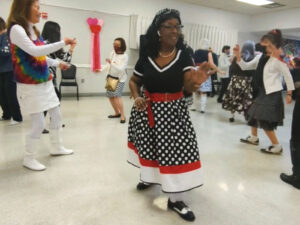