This is part of our ongoing series of Dave LeMoine’s memories of growing up in Alameda and becoming a firefighter. New installments are published every Friday.

Captain Al Ramos was in command, with me driving Engine Three. Captain Corny Hall, on Engine Five, was working a trade. The strangest occurrence of my career happened. All was quiet, except for obligatory snoring. For some unknown reason, Engine Three’s air horn decided to sound. At first, we couldn’t understand what this noise was as the sound seemed to be coming from the ceiling and walls.

We found ourselves standing in the hallway in our underwear, looking at each other in utter disbelief. I went to Engine Three’s apparatus room and found the problem… the air horn happily blaring away. At first, I thought it was a joke and expected one of the guys to be crouched on the floorboard honking the horn. As I arrived behind the wheel with sleep in my eyes, in total confusion, the horn stopped. No reason. Oh well, it stopped. Back to bed… Dummy! I didn’t check the air pressure.

Two a.m. – dispatch tone alert: “Attention all stations. We have the report of a three-story building on fire at Oak and Alameda Avenue, old Lola’s Chicken Restaurant and assorted shops, flames showing from the third story.”

That would be a full response: Engine One, Truck One, Engine Three, and Engine Five. I hit the floor running and moved to Engine Three.

As I turned the ignition, I heard Chief March say, “We have a fully involved three-story building; send a second alarm, Engine Four and Truck Two.”

I started the rig and realized that the air pressure was at zero. Captain Al jumped in and said, “Let’s go!”

I blurted out, “The air has bled off and the brakes won’t release.” Then as the air started to build, I knew what the problem was with the horn; it only stopped blowing because the air had bled off. Now, as pressure increased, the horn resumed blowing.

Al looked at me as if to say, “You’ve finally lost it!”

By now the chief is announcing for Engine Three to lay a supply line and we’re still in the barn, twenty blocks away, lights on, air horn currently at full volume, me pounding on the button to no avail.

The scene in the cab was hilarious looking back: Al yelling, the radio pleading, and me driving, pounding, and pulling on the horn button. About half-way down Central, with one final adrenalin-filled pull, the button came off in my hand with spring flying and Al ducking. Yet the horn continued, and Al persistently shook his head while he planned his fire attack. At Oak Street, we turned right and, in the headlights a half-block down, was Engine One with Dave at the pump. He was already ankle deep in water with all hose lines off. Truck One was setting up its aerial ladder.

Engine Five arrived behind us with three stories of building that took up a quarter of the block, belching flames and smoke.

Then there was our horn, coming straight at him. The look on his face was priceless: Are you nuts? Have you lost your mind? We pulled up within a hundred feet of him with horn screaming. All I could think to do was crawl under the rig and, with my adrenalin-charged strength, rammed a Maglite in the bell of the horn. Now it sounded like a squealing pig but much quieter. The brakes were trying to lock up, but I managed, with clutch slipping, to force it over to a hydrant where it stayed for the duration of the fire, pumping and squealing until the city mechanic arrived to silence it. I know that, forever, they will think I did something to that horn, but I swear I didn’t.

My younger daughter had been volunteering at the Alameda City Pound after school. She has always been an animal lover. Bree sat down at the table with that look on her face, like D-a-a-d you’re my hero, you’re so strong and such a great dad.

She began, “D-a-a-d, I took care of the cutest puppy today.”

“But, D-a-a-d, he only has three legs and nobody will save him; he’ll be put to sleep. Please just go down to the pound and look at him. Please?”

“Okay, Bree, if we go inspecting tomorrow at the fire department and the captain agrees, I’ll try, but we don’t need another dog, even if he had just one leg.”

The next day, late afternoon, somewhere on Buena Vista Avenue we were returning to Station Three. With morning training, lunch, and three hours of inspections out of the way, Captain Ramos said, “Let’s go home and have dinner.”

Al is a great kidder and always tried to mess with my head, so I thought it might be payback time.

“Hey, Cap, do you think we could stop at the pound on the way back to the station?”

“I need to see a three-legged dog.”

Silence, then with a look on his face which says, what did you say? It must be the roar of the engine; I surely didn’t hear what I think I heard.

“Could we see the three-legged dog?”

Al, with a smirk on his face, responded, “Why sure, I would love to see a three-legged dog.”

So off we went with him wondering what I had up my sleeve. Upon arrival at the pound, Al and I got out of the rig and started for the front door.

Firefighter Jim Johnson alongside, said to the captain, “Hey, Al, why are we stopping here?”

Al, now fully hooked and wondering what I was doing, poked Jim in the side and answered, “We had to stop for a minute to see a three-legged dog. Ha ha!”

Now Jim thought we were both crazy, but that’s nothing new. So, the three of us walked side by side through the doors and up to the counter. Al was thinking this was insane, but he was going through with it. Then, the piece de resistance:

The shelter mistress came to the counter and greeted us, asking, “Can I help you guys?”

I looked at Al and Jim, then back to her, and asked, “Can we see your three-legged dog?”

Without skipping a beat, she replied, “Sure, come right this way; he’s in the back.” 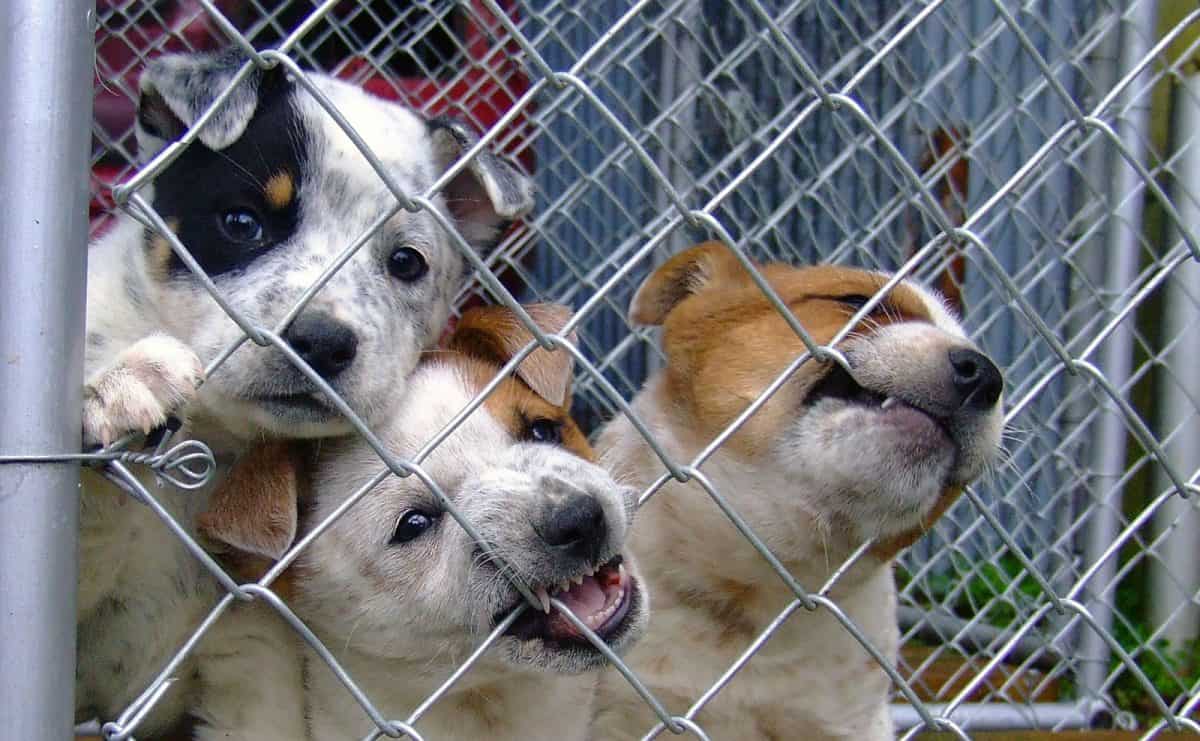 If I could have put a dollar value on their expressions and sold it, I would have retired right then. So, we walked back into the cages looking for the puppy. I thought that Al was thinking this was the greatest setup ever, and somehow the mistress and I were in cahoots, but he was playing along. After looking in all the cages, the dog was nowhere to be found. Al, with a smile, thinks now I’ve got them.

As Al is thinking it’s just a ruse, the mistress called up front on the intercom to her helper, “Hey, Alice, you seen the three-legged dog?”

“Yeah,” came the reply, “We sold him this morning.”

Color left Al’s face and he said, “That was good. You’re the king. I give up. You’re the greatest.”

To this day there is a question in Al’s mind, was there ever a three-legged dog?