This is part of our ongoing series of Dave LeMoine’s memories of growing up in Alameda and becoming a firefighter. New installments are published every Friday.

I entered the dorm to make up my bed. Mike was fairly new in the department; even then it was a pleasure to work with him. Anyway, as the story goes, I was making my bed and Mike came in to make his. We were passing the time of day when I looked down at my blanket and something dawned on me. I started laughing. Mike asked “What’s so funny?”

I said, “Ya know, it’s been 13 years and I just realized I’ve never washed my blankets.”

He looked at me with suspicion. Now his opinion of me has been confirmed… I’m nuts. He laughed, then I also laughed in disbelief that so much time has escaped me.

The story continues: The year is now 1993. I am lieutenant at Station Three. Tonight, well-decorated Captain Mike D’Orazi is working a trade. The time is about 5:00 p.m. and I am making my bed, which is currently in the officer’s dorm. In walks Mike to make his bed. I look down at my same blankets and, déjà vu, I start to laugh. Mike again asks, “What’s so funny?”

I reply, “Ya know, Mike, it just dawned on me that it’s been 25 years and I still haven’t washed my blankets!”

Now it’s confirmed what he thought for a long time. I really am whacky. So, tradition dictated that I never laundered my blankets until after my retirement. However, I do want everyone to know that my sheets were changed and I showered on a regular basis.

In 2015, that great blanket is still with me, a reminder of hundreds of nights of being thrown back reluctantly as another call came in and I had to leave the warmth of my wonderful, odiferous cover.

I was standing watch in the front room when the doorbell rang. A woman pleaded frantically,

I yelled down the hall, “Captain Steckler, Captain Dockery, there’s a stove fire next door!”

I entered Engine Three’s apparatus room and opened the overhead door. The woman was now on the lawn screaming. I grabbed the CO2 extinguisher from Engine Three and reasoned to myself, I’ll just run next door and put it out. No sweat, what could go wrong?

To my knowledge, I’m the only firefighter on two legs to be first into the scene of a fire, extinguish it single handedly and not have to write the report.

She pointed another half-block away, across the intersection. I saw flames through the second story window. I’ve screwed up big time, I realized. No one knew where I was, Captain Dockery couldn’t leave without me, so he and the driver were frantically combing the station; I was missing in action.

I heard Engine Three starting. It was as far back to Station Three as to the house so I figured I might as well be fired for trying to extinguish the blaze instead of for running from it. By the time I had covered 3⁄4 of a block with the thirty pounds of extinguisher on my shoulder, I was getting winded and had a long flight of stairs, which I took two at a time, to the second floor. Standing at the door, I realized I didn’t even have my turnout coat or helmet. I concluded, Oh well, maybe if I burn up I won’t get in trouble. On entering the house, I made my way to the kitchen and saw flames extending from the stovetop to the ceiling.

As I extinguished the fire, I heard Engine Three’s radio outside, “6-3 to Central, 6-3’s on the scene. We will be pulling the live line.”

Through the front window I could see the guys pulling the live line and coming up the stairs. I arrived at the door from the inside at the same moment the captain arrived.

I opened the door for him and said, “The fire is out.”

The look on his face spoke volumes: How’d you do that? You’re on the engine behind us! Engine Five had finally given up looking for me and was now on the scene. Captain Dockery, on seeing me, would have used an axe between my eyes, if he had one, to show his relief. I said nothing more, but I knew that my life was in jeopardy when we returned to the station. There was no way to explain what I was thinking.

Captain Dockery, with the patience of a saint, chewed my butt and asked about my reasoning, inquired about my I.Q., finally took pity on me, and kept my faux pas from the chief. Needless to say, that mistake was never repeated. To my knowledge, I’m the only firefighter on two legs to be first into the scene of a fire, extinguish it single handedly and not have to write the report.

The station was situated on the east end of town. Built in 1926, a one-story rectangle with windows covered by Venetian blinds all the way around. On entering the front door, you passed through an anteroom and counter to the hallway, and then left to the dayroom. In the center of the dayroom was an oak table and captain’s chairs, in the corner a television, and on the west wall a Gamewell Alarm System. To the south were the officer’s dorm and office. Leaving the dayroom, looking west down the hall on the right, was the anteroom, kitchen and bathroom. This bathroom was more like the type used in a city office building than the other stations, with small white tiles on the floor and lower walls, stand-alone sinks and built-in urinals that stood shoulder high and descended into the floor. At the end of the hall was the door to the apparatus room. On the left side of the hall were the city and hydrant maps. Two-thirds of the way down, turn left to a locker hall, and then left again into the main dorm.

I can still hear Russ snoring so loud it did me no good to try to sleep. Russ was a great guy; he was my next-door neighbor on Beach Road. He and his wife, Vivian, looked after my brother and me when Dad died. It was truly an honor to get to work with him, even though he had the bad habit of growing horseradish and bringing it to the station to be ground up. Russ was banned to the backyard when grinding. He would come in, eyes swollen and nose running, but smiling, a glutton for punishment. Russ also had the reputation for wearing out shovels; he’s the only man I’ve ever heard of that dug his own swimming pool by hand.

At the far-left end of the main hall was a small shop. Prominent in the corner was a great Rudd cast iron instantaneous water heater that had to be as old as the station. In that room, if you stood very still, you could feel the ghost of Al at the bench tying fishing flies. The building was pretty basic compared to the others. The one most interesting bit of trivia had to do with its apparatus room. The apparatus room doors, again, were arched wood with window panels. The rig was a 1950’s vintage American LaFrance, 1250 gallon-a-minute pumper that barely fit through the doors.

On the floor, you could see an outline in the concrete that looked like a pit that had been paved over. I inquired of this and was told, due to safety issues and lack of use, the pit had been filled by the city. This made good sense, though the way it had been done was a curiosity. It seemed that, rather than backfill with dirt and then slab over with four or five inches of concrete, Chief Servente had an in with Rhodes and Jamison Ready-Mix Company, so they filled the whole pit with leftover concrete. That means that someday in the far distant future, when contractors are tearing down the station to put in a shopping center or an apartment building, they will scratch their heads on finding a block of concrete 4 x 5 x 25 feet, or five hundred cubic feet of trouble. And wonder, “Why?” 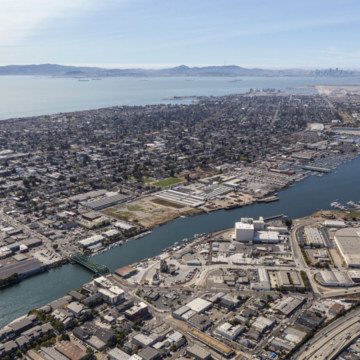 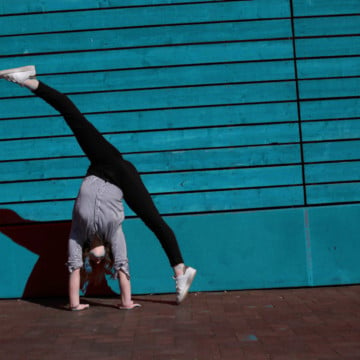 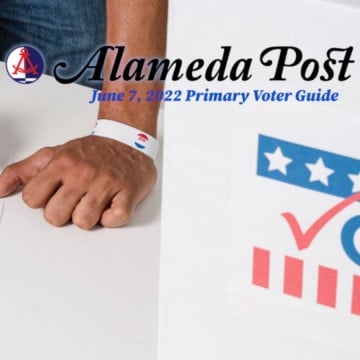